Tens of thousands of visitors are expected to gather in Bethlehem for a Christmas procession, after the town’s economy was badly hit by lockdowns.

Two years of muted celebrations have given way to bustling streets, but numbers have not matched 2019’s record.

Festivities follow a deadly escalation of violence in the occupied West Bank and Israel.

Scout bands playing bagpipes and drummers escorting church leaders entered Manger Square after making their way from Jerusalem, ahead of midnight Mass at the nearby Church of the Nativity – which is built on the site where Jesus Christ is believed to have been born.

The grotto inside the church is the oldest site continuously used as a place of worship in Christianity.

Accompanying Palestinian Christians from as far away as Galilee and the Gaza Strip, there are visitors from around the world.

Although numbers are still lower than the record level seen in 2019, the streets are bustling and just as in the Nativity story, there is not a room to be found, with local hotels fully booked.

While businesspeople here are optimistic about an economic recovery, there is also concern about the impact of a recent increase in violence between Israelis and Palestinians and how the policies of the incoming far-right Israeli government could increase tensions.

The new government, considered the most right-wing in Israel’s history, sees Benjamin Netanyahu’s return to a historic sixth term in power.

For Rayson Kamalayos visiting from India, it is a “dream” to be in Bethlehem.

“We as Christians are blessed to come here, I am happy to be here,” he added.

After record tourism numbers in 2019, hopes had been high that 2020 would be even better – but those hopes were dashed when Covid led to strict lockdowns across the occupied West Bank.

During that time, people had to stay indoors from 19:00 to 06:00 every night and throughout the entire day on Fridays and Saturdays, the Palestinian weekend, which limited festive family gatherings.

Watching the parade from packed balconies with friends and relatives was not allowed.

“The occupancy rate was over 90%. Everyone was investing in this sector… Now, it’s dead. It’s very sad to see,” Mariana al-Arja, a hotel manager, told the BBC two years ago.

But now Bethlehem, where the economy is reliant on tourism, is seeing “more and more tourists”, said Palestinian Tourism Minister Rola Maayah.

“Last year we celebrated Christmas during the pandemic and without any tourists.

“This year, we are celebrating Christmas with tourists that arrive to Palestine, to Bethlehem from all over the world.” 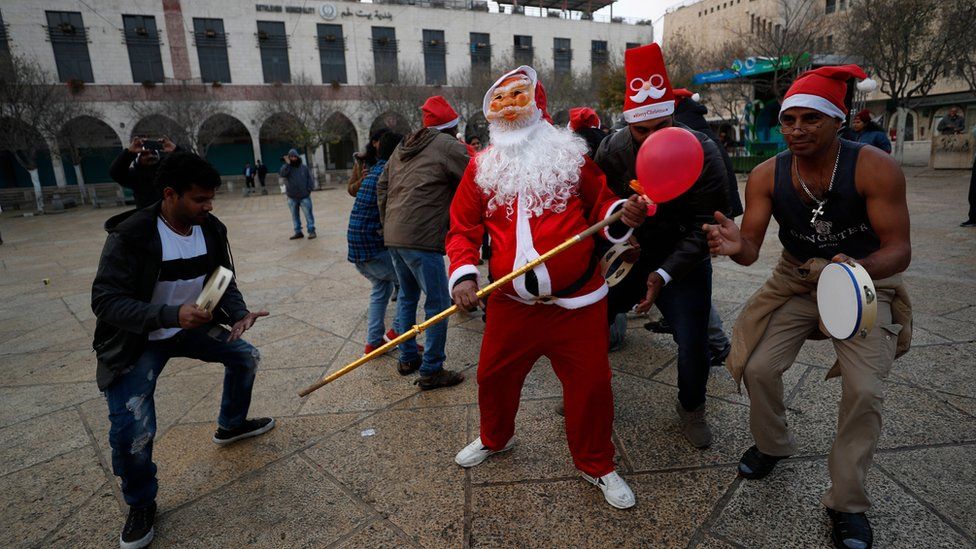 Are COVID travel curbs on China making the world safer?