Former NBA player, who calls himself a ‘basketball ambassador’, will visit Russia in an attempt to seek the release of the basketball player.

Dennis Rodman, a former professional basketball player and self-styled “basketball ambassador”, has said he will travel to Russia in an attempt to help imprisoned professional women’s player Brittney Griner.

Rodman, whose post-National Basketball Association (NBA) career has been defined by his bizarre relationship with North Korean leader Kim Jong Un, told NBC News in an interview he hoped to fly to Russia this week to aid Griner, who was sentenced by a Russian court in early August to nine years in prison on drug charges.

The United States has said Griner, who was arrested at a Russian airport after authorities found cartridges with cannabis oil in her luggage, was wrongfully jailed. The arrest came at a time of heightened tensions between Washington and Moscow, just days before Russia invaded Ukraine.

“I got permission to go to Russia to help that girl,” Rodman, 61, told the US news network, speaking from a sport apparel convention in Washington, DC. “I’m trying to go this week.”

The statement comes as the US has been trying to negotiate a prisoner swap, seeking the release of Griner and US citizen Paul Whelan in exchange for Russian arms dealer Viktor Bout.

However, speaking to NBC, a senior official from the administration warned that “anything other than negotiating further through the established channel is likely to complicate and hinder release efforts”.

The US State Department urges Americans against travelling to Russia.

He previously met Russian President Vladimir Putin in 2014, saying after the meeting that Putin was “actually cool”. 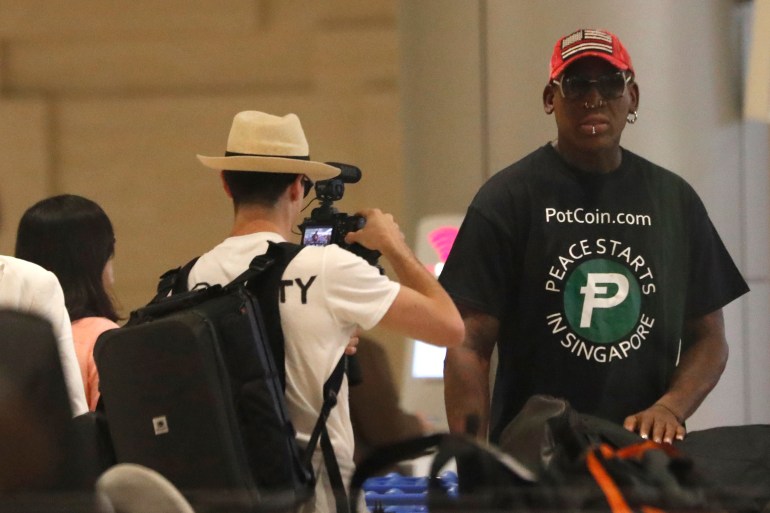 He told NBC he was confident in his understanding of the Russian leader.

The case of Griner, a two-time Olympic basketball gold medallist and Women’s NBA champion, has been highlighted by athletes, advocates and legislators, who have continually heaped pressure on the Biden administration to do more to secure her release.

The Kremlin has denied the arrest was politically motivated.