In April this year, India’s Ministry of Information & Broadcasting had also blocked sixteen YouTube-based news channels, including six from Pakistan.

India on Monday (June 27, 2022) banned several official accounts of Pakistan Embassies on Twitter for allegedly spreading fake news. The official accounts of the Pakistani Embassy in the UN, Turkey, Iran and Egypt have been withheld by Twitter in India. The account of the national public broadcaster in Pakistan – Radio Pakistan has also been withheld on the microblogging site.

“Account has been withheld in India in response to a legal demand,” an error message displayed while opening these accounts.

Meanwhile, the Pakistani Ministry of Foreign Affairs has expressed that it is “deeply concerning” that India has blocked the “flow of information” to Indian Twitter by withholding access to these official accounts.

These are in addition to many others for which access has been blocked.

“It was observed that these channels were used to spread fake news over social media on matters related to national security, India’s foreign relations, communal harmony in the country, and public order. None of the digital news publishers had furnished information to the Ministry as required under rule 18 of the IT Rules, 2021,” an official statement said.

“YouTube channels based in Pakistan were found to have been used in a coordinated manner to post fake news about India on various subjects such as the Indian Army, Jammu and Kashmir, and India’s foreign relations in the light of the situation in Ukraine, etc. The content of these channels was observed to be completely false, and sensitive from the perspective of national security, sovereignty and integrity of India, and India’s friendly relations with foreign states,” the statement read. 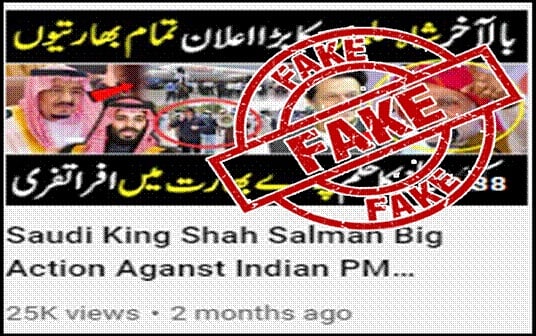 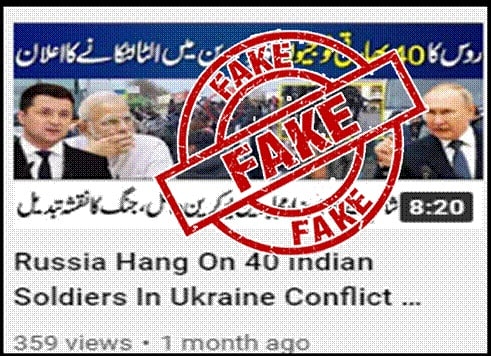 “Government of India remains committed to ensure a safe and secure information environment in India across print, television, and online media,” it added.